The 'Coffin in a Box' flat-pack coffin concept as initially sold directly to families in the Netherlands, Belgium and the UK is now also recognised as a solution for the funeral industry to reduce carbon emmissions.

80% reduction of transport & storage volume will directly lead to significant smaller carbon footprint throughout the supply chain of these eco-coffins.  Plus the ambition to deliver the carbon neutral CHISTANN coffin using the ECOR circular construction panels is an appealing factor for the industry to even further reduce carbon emmisions.

This is why the jury with leading members of Dela, Yarden and the GreenLeave foundation have chosen to attempt to implement the 'Coffin in a Box' concept on an industrial level.

Great news for the industry, the planet and our grand childeren! 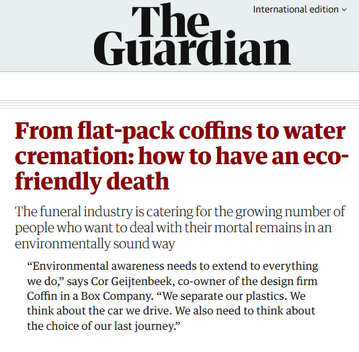 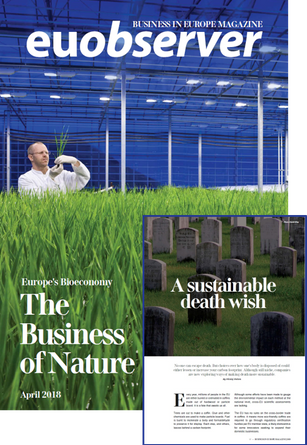 CHISTANN is a registred trademark. The eco-friendly coffin kit #cfiab is designed an produced in the EU. The design and features are prorietary and subject to copyright and IP protection.

Coffin in a Box Company B.V. 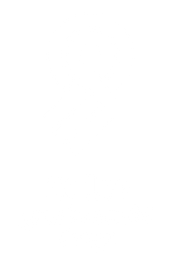